Materials and Methods Retrospective nested case-control study in a hospital-based cohort consisting of 120 patients underwent open or laparoscopic RRP from 2005 to 2012. We performed a descriptive analysis of the sample and calculated the incidence of postsurgical VUAS, a univariate analysis of factors associated with VUAS by Student t test and Pearson chi-square test, an analysis of time to onset of stricture and a prediction of risk of stricture in patients undergoing RRP.

Results The incidence of VUAS after radical prostatectomy in our department was 22.5%. We found a higher risk in patients in which surgical drainage was over 500cc, the Jackson-Pratt drain was removed after the third day, length of stay >8 days, a low postoperative haemoglobin, a low preoperative PSA, an elevated PSA density and/or were operated on by surgeon 1 or 5. All strictures occurred within the first 3 years after surgery. We predicted that patients with total drainage volume over 500cc and removal day after the third day would be 7.72 and 3.21 times more likely to have VUAS, respectively.

Conclusions Data from VUAS incidence and its associated factors are similar to those found in the literature. The developed predictive model has only a theoretical utility, because it does not cover all the influencing factors of the onset of the stricture.

Radical prostatectomy has shown better specific cancer survival than observation in patients with localized prostate cancer, but it also adds morbidity such as erectile sexual dysfunction, urinary incontinence and, less commonly, urethrovesical anastomosis stenosis (UAE-V).1The incidence of UAE-V has been reported in 2.7% to 15% in series of open surgeries and lower rate in minimally invasive surgeries.2,3

The article entitled: Risk factors for bladder neck stenosis associated with radical prostatectomy for prostate carcinoma – experience in a single center, published in the Colombian Journal of Urology in its September issue presents the results obtained, through an observational study conducted in a single center of 120 patients undergoing radical prostatectomy (73 open and 47 laparoscopic) depending on the occurrence of UAE-V. The authors present a UAE-V rate of 22.5% during an average follow-up of 41 months. As risk factors in comparative analysis dividing group with UAE-V and without UAE-V, they find an association between stenosis and: time and debit of postoperative drainage, hospital stay, hemoglobin, hematocrit, surgeon, PSA and PSA density. There is no difference in UAE-V time between open and laparoscopic technique.

Study results are interesting and some observations should be made on all methodologies that are worth mentioning:

1- Study design: The authors report the study as cases (UAE-V) and controls (not UAE-V) within a cohort, when in reality it is a retrospective cohort, that is to say, all the patients operated from 2005 to 2012 were evaluated and in 2017 it was retrospectively seen if they suffered UAE-V during their follow-up. Performing cases and controls would have meant pairing 1:1 or 2:1 non-UAE-V to UAE-V based on some characteristics so that their only difference was the presence or not of stenosis. The fact of being a cohort means that, due to the small sample size (n=120), multiple analyzes are sensitive to biases.4

2- Definitions of outcomes and analysis: Objective is to evaluate risk factors, but in no paragraph of Results is mentioned any risk measure. Only one risk is defined (we do not know if it is odds ratio, relative risk, hazard ratio) in the conclusions, but in no section of statistical analysis is it defined how it was calculated or from which specific test. It is very common that in published works an association (T test, chi2, Mann Whiney or other simple comparison tests) is transformed into risk when the latter implies homonymous measures (odds ratio, hazard ratio, relative risk, among others) that tell us about how much a factor increases the risk of an event. Although risks are included in most modern statistical packages (with their 95% CI), they can also be calculated by hand. In any case, the most common way to calculate them is based on regression studies (logistic, linear, Cox, etc.), in a single or multivariate form. A regression model would have been ideal for this study, with limitations due to the sample size. On the other hand, regarding comparative results, although they show differences between groups, inform us of the p value but nothing about values ​​(mean, percentage)  being compared, so it is difficult to establish clinical significance. In order to study reproduction, it would be desirable to include these data.

3- Possibility of biases: The authors establish a positive association between drainage time, drainage debit and UAE-V. It is likely that the two predictive variables (as well as hospital stay) are related to each other, and spurious associations (biases) may be incurred. Role of urinary fistula as a predictor of UAE-Vis known and the three variables mentioned (time, debit and hospitalization) involve urinary fistula, so surely there is collinearity between them and it would be wrong to establish causality of any of them with UAE-V.5 A multivariate model with collinearity analysis helps to define better than variables summarize and introduce only a limited number of them in order to maintain coherence and “parsimony”. Establishing an association with PSA and PSA density, as the authors in discussion clarify, does not provide a clinical association.

4- Stenosis-free survival estimates: Although curves are reflected and number of events are mentioned, the correct measure to be compared would be the estimated stenosis-free survival per group (Kaplan Meier) and its comparison by log Rank test. It is not clear to me if it has been done in this way according to the analysis. It is a good contribution that all stenoses have occurred within the first 3 years of follow-up.

It is not easy to produce a work with such a good follow-up of a proper case study, so I congratulate the authors for their effort, achievement and deserved publication, in addition to their contribution to the urological community 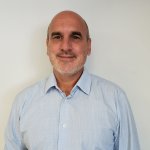